Theatre Movement Bazaar’s BIG SHOT is a vaudevillian theatrical collage inspired by The Godfather films and novel. TMB shakes down this iconic story to create a new work, echoing the source and investigating family dynamics, power, criminal behavior, and being an Italian American. In BIG SHOT, the American gangster genre is upended through stylized theatrics, dynamic movement, song, dance and pasta.

The creation of this show is made in part due to the generous support of South Coast Repertory, Bootleg Theatre, The Dept. of Cultural Affairs for the City of Los Angeles and The Los Angeles County Arts Commission

One feature of outstanding physical theatre is that it successfully offers a truly original spectacle, not in its various parts, but as a whole. That spectactle doesn’t need to be all bells and whistles; it can be a spectactle for its simplicity of realisation. To draw on an existing, iconic movie series, and to then alchemically mix it all up an offer it back as something fresh and new in itself, is a remarkable achievement. That’s what lies at the heart of Big Shot, a new production from award-winning Theatre Movement Bazaar, from the pen of Richard Alger and under the direction of Tina Kronis.

This is not The Godfather. Theatre Movement Bazaar are at pains to point this out. Big Shot is part homage, part pastiche, but mostly it’s about patriarchs, power and pasta. It’s interrogation rather than adaptation: a genre-bending whirlwind of criminal choreography, lightning dialogue, and a swelling soundtrack that asks its audience to suspend what they know of Mario Puzo’s book and Francis Ford Coppola’s film and get down to the nitty gritty of what it is to be an outsider, the straight one in a crook family, the wife of a mafioso, the middle son, or a Kraut-Mick boy who’ll never be Italian.

TMB leave no stone unturned, no angle unassessed, in their post-cultural meta-theatrical debate on what makes (or doesn’t make) a ‘big shot’.

as part of the South Coast Repertory’s Pacific Playwrights Festival 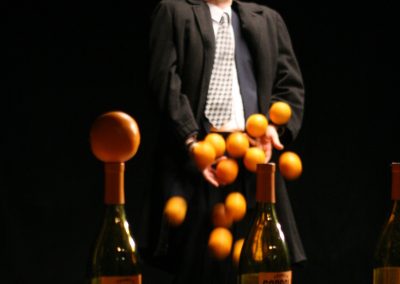 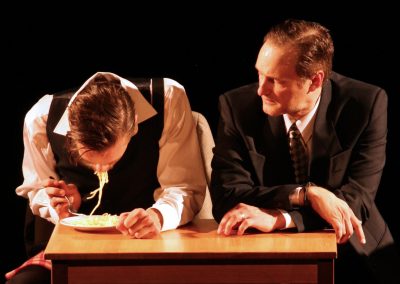 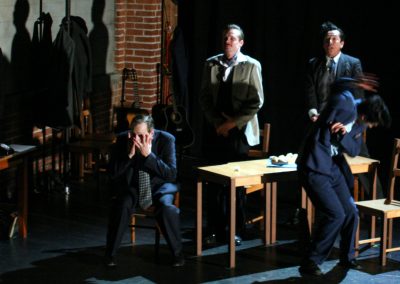