POKER NIGHT BLUES is a cross-cultural theatrical fusion. This new dance theatre parody combines the energies and talents of the TMB and Chinese based Beijing TinHouse Productions. The highly stylized POKER NIGHT BLUES merges theatrical traditions of East and West to create a new form for contemporary audiences.

TMB co-founders, Tina Kronis and Richard Alger, dismantle the American classic, STREETCAR NAMED DESIRE and distill the original to its essential elements. Elevated physicality, dance, music, and minimal text are woven together to heighten the visceral experience. An all China cast and design team make this collaboration truly international! 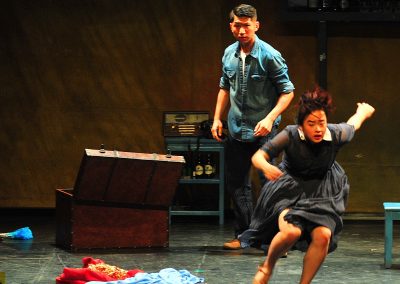 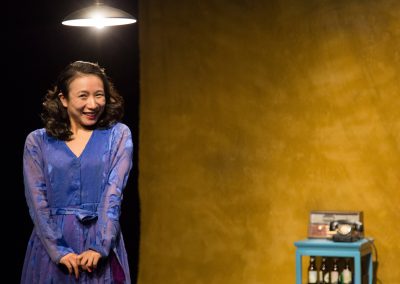 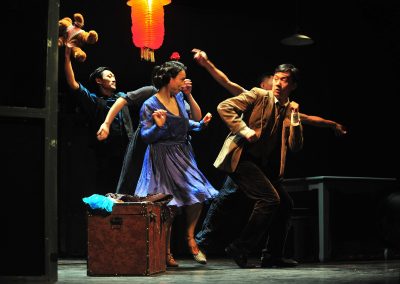 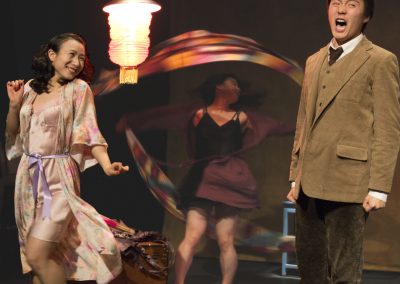 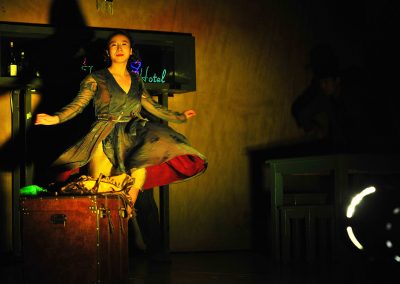 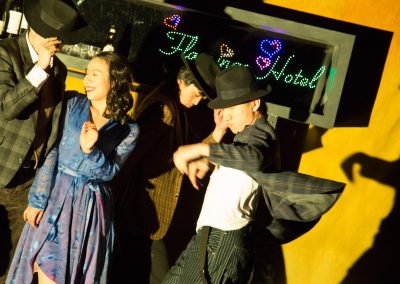 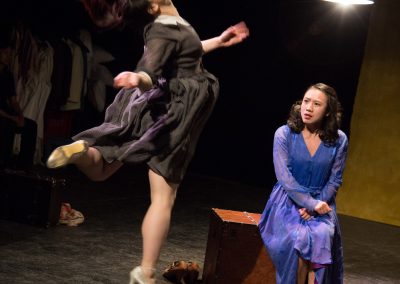 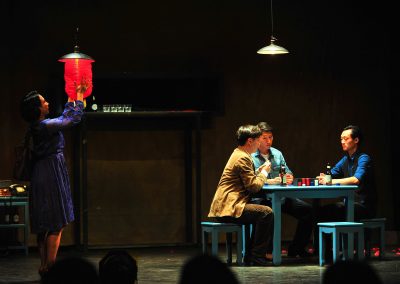 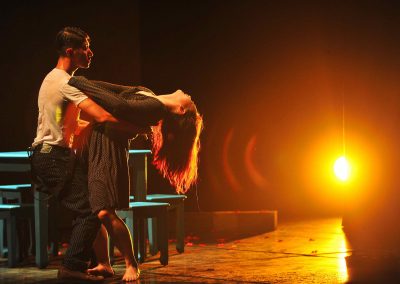 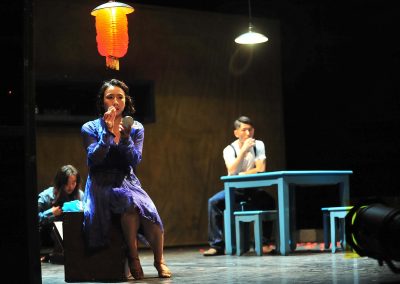 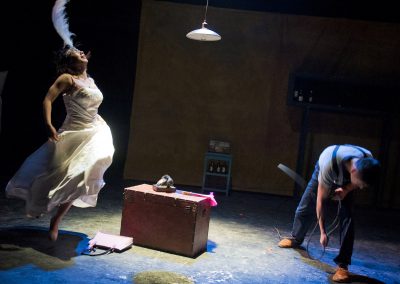 The press pack for this production will be available to download soon.
Edinburgh Guide ★★★★★

With Salsa-Latino music setting the rhythm, the stage set evokes the period with vintage radio and telephone, dresses, jackets, hats. To the sound of traffic, the ensemble cleverly mime the jerking, stop/start movement travelling by Streetcar, using bamboo sticks.

A young girl has arrived in town, looking lost and confused as she drags a large trunk through the street. The poetic dialogue and text relates her story. Due to personal tragedy and family debts, Blanche DuBois is now a penniless widow, “her heart bursts and bleeds.” Having lost everything of worth she needs to rely on the comfort of strangers. “Wish her luck”.

With her eyes wide open, anxious and alone, Chen Haihua as Blanche, stands front stage as if appealing to the audience. Her innocent look portrays vulnerability but perhaps it’s a thin veneer hiding her true self.

At her sister Stella’s house, there’s a charming reunion – both rushing to embrace with open arms and girlish laughter. The glamorous socialite Blanche in her silk blue dress, and Stella, (delicately played by Xu Jinqian) in faded polka dot frock shows their contrasting lifestyles.

Her husband Stanley is bullying and bullish, preferring to drink beer (a few bottles of Innis & Gunn are consumed!) and play poker with his friends, Mitch and Tom.

And so the narrative is played out through a fast paced, flowing series of dramatised scenes, stylised dance and vivacious jazz numbers, performed by the three men with Rat Pack panache.

The cross-cultural expressionist style of theatre occasionally breaks down the fourth wall, creating a touch of spontaneity and humour. Like the star turn in a Music Hall, Mitch, (Fang Yiheng) steps forward to the microphone to sing the 1943 no. 1 hit, “Paper Doll” – a performance of pure magic.
“I ‘m gonna buy a paper doll that I can call my own
A doll that other fellows cannot steal ..”

Beautifully choreographed, Stanley and Stella dance a sexy, sensual soulful waltz which depicts both his brutal control of his wife as well as their love for each other.

“Lyrical and poetic and human and heartbreaking and memorable and funny,” said Francis Ford Coppola on seeing “A Streetcar named Desire”